There are three things in life we have no control over…How we come into this world, What human beings become our family and how we depart this realm.

For decades, scientists had been collecting tissue samples from patients without consent, searching for cells that could live outside the human body.  In 1951, Henrietta Lacks entered a hospital in Baltimore, Maryland and everything changed.

The HELA cell (as it is known famously known) is the first cell line known to survive on it own and reproduce indefinitely, therefore,  birthing huge strides in the biomedical industry.

Based on the New York Times Bestseller by Rebecca Skloot and brilliantly directed by Tony Winner George C. Wolfe, Oprah Winfrey and Renee Elise Goldsberry bring Lacks’ story to HBO and blast the roof off of this little known fact about a woman who literally has become immortal in the name of science.

The most disturbing issue of this film for me is the manner in which the Lacks’ family is continuously lied to and cheated by the very medical professionals who determined that Henrietta’s cells were literally like a needle in a haystack.

Apparently, patient consent in NOT required for research on human tissue obtained during medical treatment if the “donor identity” is removed or unknown.  What does that mean?  It means  ANY surgical procedure, biopsy or anything requiring a sample while you are not conscious, the medical team treating you can take the tissue without your consent.  Why?  You are not conscious, therefore, they can pretend to have no knowledge of whose tissue is being tested.  Sneaky right?

What is even more disturbing is that the Lacks family has NEVER received any compensation for use of the HELA cells.  Cells being used to save hundreds of thousands of lives on a daily basis and this family continues to live in Baltimore under less than ideal circumstances.  I don’t know about you, but this puts such a knot in my stomach just being enlightened to this injustice.

I thought Lee Daniels’ The Butler showed off some fine work from Miss O’, but I think she has outdone herself on this one.  The emotional rollercoaster ride she takes as the youngest Lacks sibling is reminiscent of Sally Fields in SYBIL.  Fields went on to win an Emmy for that performance. Hopefully, this will be a good luck charm for Miss Winfrey.

Right off the heels of her Tony winning role in the Broadway smash Hamilton, Renee Elise Goldsberry’s  is immensely effective in the title role. Conveying Henrietta as a young woman full of life with a love for mani/pedi’s, a loving mother, joyfully, unselfish woman to  one riddled with cervical cancer is not easy feat and Goldsberry does it beautifully in a very finite period of time onscreen. 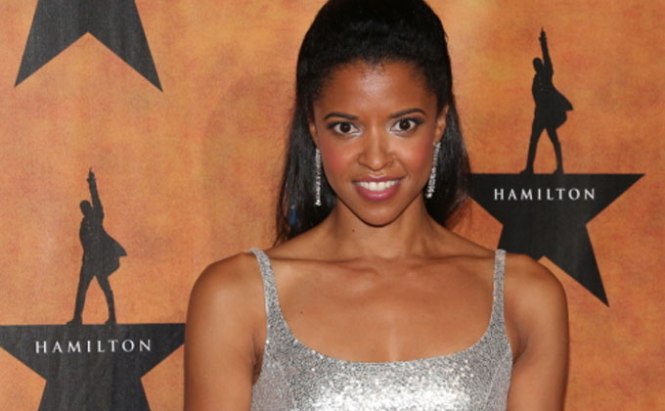 Skloot established The Henrietta Lacks Foundation is inspired by the life of Henrietta Lacks.  Unfortunately, there are numerous examples of historic research studies conducted on individuals—particularly within minority communities—without their knowledge or consent. These include the Tuskegee Syphilis Studies, the Human Radiation Experiments, and others. The Henrietta Lacks Foundation seeks to provide assistance to individuals and their families who have been directly impacted by such research.  For more information, hop over to thehenriettalacksfoundation.com

The Immortal Life of Henrietta Lacks is now streaming on HBO.  Trust me on this one…it will break your heart and fill you with hope in one fell swoop.

I love, love love movies, watching them and discussing them...thus the birth of The Curvy Film Critic!!! Host/Producer/FilmCritic,Carla Renata is a member of such esteemed organizations as Critics Choice Association (Co-President Documentary Branch), African American Film Critics Association, Online Association of Female Film Critics and Alliance of Women Film Journalists. My op-eds or features have been seen in VARIETY, RogerEbert.com, Maltin on Movies, The Cherry Picks, IGN Movies, as well as being a frequent Guest Contributor to Fox 11-LA, Good Day LA, ET Live!, Turner Classic Movies, KCRW Press Play with Madeline Brand, The Cherry Picks, The Stream Team (Beond TV) ITV, Fox Soul's The Black Report, The ListTV and more. Catch my reviews on The Curvy Critic with Carla Renata - LIVE!!! Sundays 5pm PST via You Tube or Facebook Live. If you like what you read please shout me out and subscribe to The Curvy Critic on YouTube. You can chat with me across all social media platforms @TheCurvyCritic and as always, thanks for supporting a sista'

Boys State Confirms Politics is Not a Spectator Sport