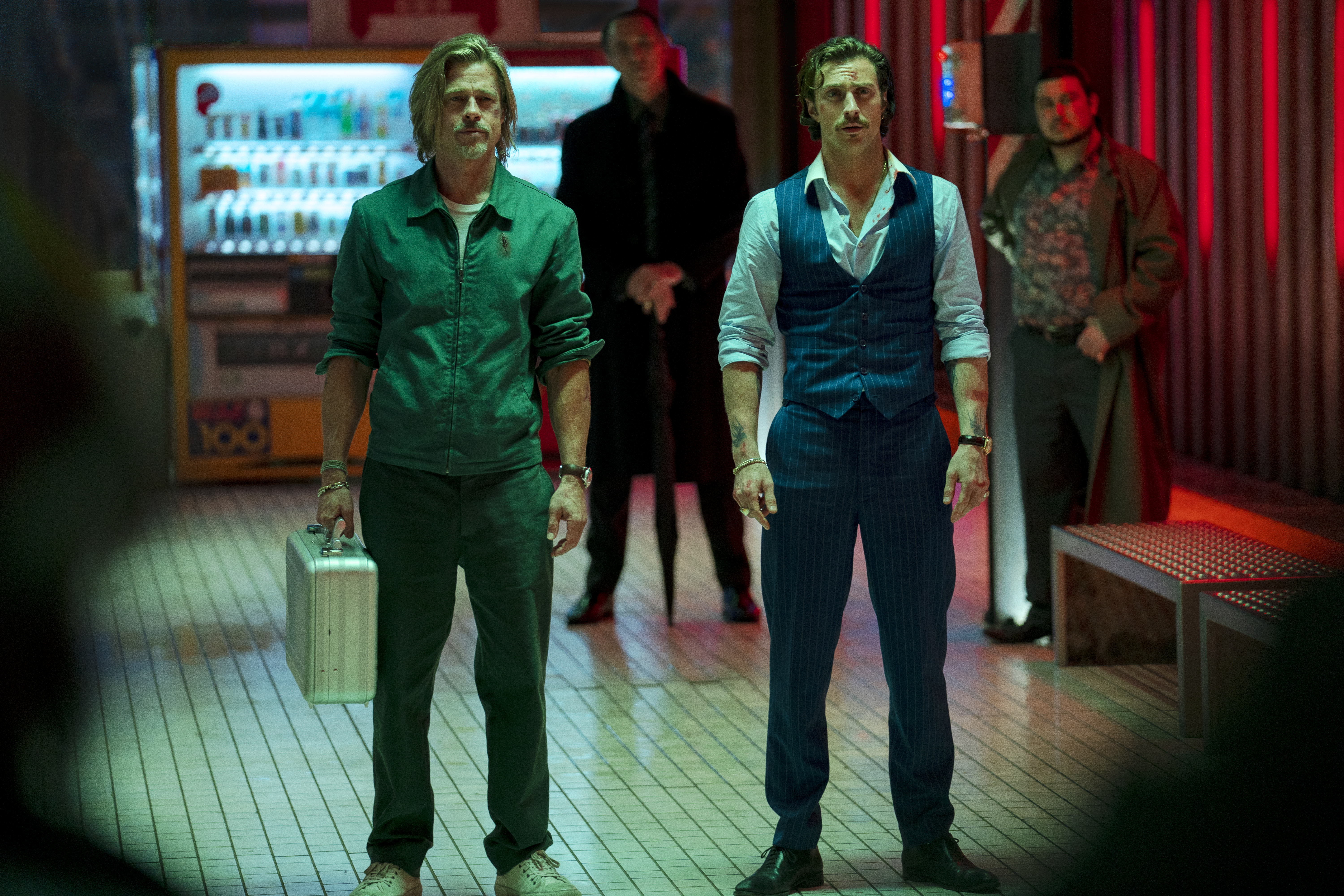 Are you one of those people that no matter how careful you perfectly plan a task or trip, something is always bound to go awry?  Ladybug (Brad Pitt) is going through an existential crisis as an unlucky assassin determined to do his job peacefully after one too many gigs gone off the rails. Starting to think that the one thing all of those jobs have had in common is him, fate has other plans.  Ladybug’s latest mission puts him on a collision course with lethal adversaries from around the globe – all with connected, yet conflicting, objectives – on the world’s fastest train…and he’s got to figure out how to get off with his bad luck in tact.

Based on the book by Kotaro Isaka and directed by David Leitch, Bullet Train is a wild, non-stop thrill ride through modern-day Japan. Ironcially, two of the film’s executive producers, Yuma Terada and Ryosuke Saegusa, are co-founders of the Tokyo and New York-based production company and literary agency CTB, which brings contemporary Japanese storytelling to Hollywood.

Having said that, as much as I enjoyed the adrenaline junkie ride through the eyes of Brad Pitt, I couldn’t help wonder why this premise was feeling vaguely familiar.  I mean there was a little Tarantino Kill Bill influence all way down to the graphics married with the coolness of the John Wick franchise.  Having entered the business as a stuntman, and rising to become a stunts supervisor/choreographer before staking a groundbreaking directorial style with the films Deadpool 2, Atomic Blonde, Fast & Furious Presents: Hobbs & Shaw, and John Wick, it’s no surprise Leitch is took big, provocative swings with this flick influenced by other styles the filmmaker obviously admired and from his own previous work.

Aside from Pitt, this insane cast includes Brian Tyree Henry and Aaron Taylor Johnson, whose comic chemistry is ludicrous, yet delightfully entertaining. Joey King as The Prince is a Daddy’s girl gone wrong. Andrew Koji, Zazie Beetz, Benito A. Martínez Ocasio aka Bad Bunny and the always stellar Michael Shannon did the damn thing.  The fact that most of the action takes places primarily in the tight confines of train cars, could easily have been problematic, but somehow cinematographer Jonathan Sela (known for his prowess on The Lost City and Deadpool 2) worked it all the way out providing shots that were stunningly awkward and beautiful.  The stunts were electrifying and the score perfectly complimented the action, although my personal favorite was hearing Bonnie Tyler’s “I Need A Hero” belted in Japanese.

Bullet Train, though a familiar premise through the eyes of modern Japan moves faster than a speeding bullet (yes the pun is intentional), while reminding audiences if you do not control your fate…it will control you.  Produced by Antoine Fuqua, Leitch and Kelly McCormick in association with Sony Pictures, Bullet Train slides into theaters today.

I love, love love movies, watching them and discussing them...thus the birth of The Curvy Film Critic!!! Host/Producer/FilmCritic,Carla Renata is a member of such esteemed organizations as Critics Choice Association (Co-President Documentary Branch), African American Film Critics Association, Online Association of Female Film Critics and Alliance of Women Film Journalists. My op-eds or features have been seen in VARIETY, RogerEbert.com, Maltin on Movies, The Cherry Picks, IGN Movies, as well as being a frequent Guest Contributor to Fox 11-LA, Good Day LA, ET Live!, Turner Classic Movies, KCRW Press Play with Madeline Brand, The Cherry Picks, The Stream Team (Beond TV) ITV, Fox Soul's The Black Report, The ListTV and more. Catch my reviews on The Curvy Critic with Carla Renata - LIVE!!! Mondays 5pm PST via You Tube or Facebook Live. If you like what you read please shout me out and subscribe to The Curvy Critic on YouTube. You can chat with me across all social media platforms @TheCurvyCritic and as always, thanks for supporting a sista'